I am an Associate Professor of English and Humanities at the South Dakota School of Mines & Technology and the Digital Strategies Coordinator for ASLE (the Association for the Study of Literature and Environment).

My research and teaching primarily address speculative fiction, environmental studies, and gender studies. Most of my writing and teaching builds on at least two of these central fields, and I often work with animal studies, disability studies, and science studies as well. 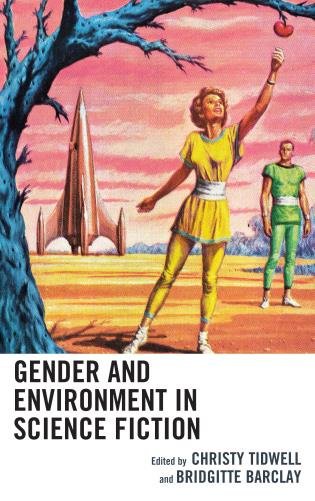 Gender and Environment in Science Fiction (Lexington Books, 2018) brings together many of these fields. I co-edited this collection with Bridgitte Barclay, and I have a chapter in it as well: “‘Either you’re mine or you’re not mine’: Controlling Gender, Nature, and Technology in Her and Ex Machina.” The book includes chapters on Mary Shelley’s The Last Man, midcentury sf/horror film, Silver Age comics, the Mad Max movies, both Soylent Green and WALL-E, Kim Stanley Robinson’s 2312, and Shane Carruth’s Upstream Color. Its central concern is with how science fiction both helps us critique old narratives of gender and environment and also create new ones. 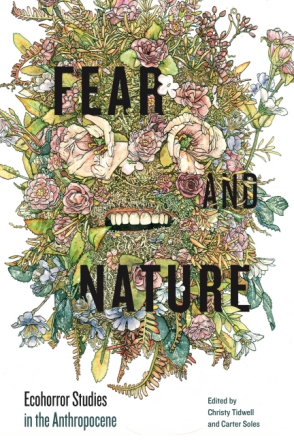 I am also co-editor (with Carter Soles) of Fear & Nature: Ecohorror Studies in the Anthropocene (The Pennsylvania State University Press, 2021). The book includes a chapter I’ve written called “Spiraling Inward and Outward: Junji Ito’s Uzumaki and the Scope of Ecohorror” as well as chapters on Algernon Blackwood and tentacular ecohorror, green burial and Edgar Allan Poe, Algernon Charles Swinburne and erosion, the anti-Gothic in Ambrose Bierce, bathrooms in Stephen King, human/nonhuman intimacy in The Cormorant, Guillermo del Toro’s The Shape of Water and the post-pastoral, agribusiness ecohorror and Bong Joon-ho’s Okja, Zoo and television ecohorror, and whiteness in The Shallows. 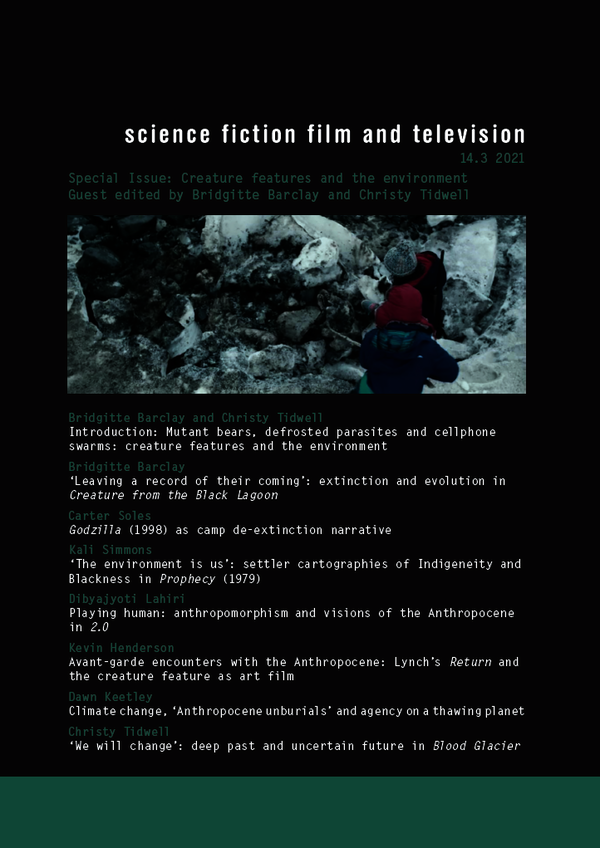 More recently, Bridgitte Barclay and I co-edited a special issue of Science Fiction Film & Television on creature features and the environment. We co-wrote an introduction discussing the pleasures, politics, and environmentalisms of creature features and were excited to include articles on Creature from the Black Lagoon, Godzilla (1998), Prophecy (1979), 2.0, Twin Peaks, The Beast from 20,000 Fathoms, The Thaw, Fortitude, and Blood Glacier. My article on Blood Glacier explores the film’s juxtaposition between fears about the deep past, mutations, and climate change and ideas about reproduction, children, and the future.

My other publications include “The Problem of Materiality in Paolo Bacigalupi’s ‘The People of Sand and Slag’” in Extrapolation, “Monstrous Natures Within: Posthuman & New Materialist Ecohorror in Mira Grant’s Parasite” in ISLE: Interdisciplinary Studies in Literature and Environment, and “The Ecohorror of Omission: Haunted Suburbs and the Forgotten Trees of A Nightmare on Elm Street“ in Gothic Nature. I have also written the entries on Biology in Gender: Matter (ed. Stacy Alaimo, 2017) and Ecohorror in The Posthuman Glossary (ed. Rosi Braidotti and Maria Hlavajova, 2018), and I have published several chapters in edited collections (see Publications for more detail). 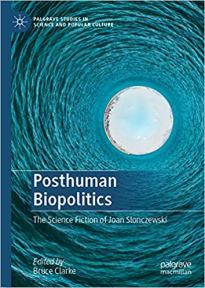 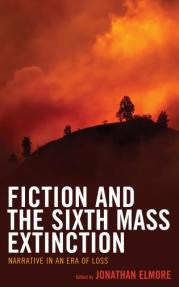 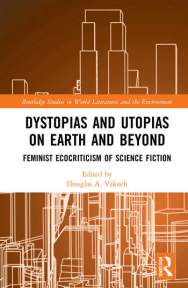 I have book chapters out now about representations of science in feminist science fiction (specifically in Joan Slonczewski’s A Door into Ocean and Sally Miller Gearhart’s The Wanderground) and about extinction anxiety in Jurassic Park and Jurassic World.

In the past few years, I have presented conference papers on the following:

I have been an invited speaker for the Hennebach lecture series at the Colorado School of Mines (on environmental sf and ecohorror) and the Hermanns Lecture Series at the University of Texas at Arlington (on new directions in ecohorror), and I was a keynote speaker on the ecogothic as part of PopMeC’s 50+ Shades of Gothic online conference.