I’m giving a talk on my campus soon, the next in what is becoming a series of talks on the Jurassic Park and Jurassic World movies. All of these presentations are part of a larger book project I am slowly but surely developing. I always enjoy giving these Brown Bag presentations, and I’m looking forward to this one, which basically grew out of my initial response to the short film “Battle at Big Rock.” Plus, preparing for this talk gave me an excuse to watch all the movies again over break!

As I do every year, I’ve kept a list of the books I read, their dates of publication, and my ratings of them. Below are two lists of favorites (best nonfiction and best fiction), plus the entire list of books I read in 2019. I read a total of 219 books this year, which seems fitting for 2019. I did include individual issues of comics and some children’s books here, which might seem like a cheat, but I also didn’t count many, many, many of the kids books I read this year with my kids. I only included a small handful of the most memorable ones.

First, favorites! I’m listing them in alphabetical order in each category. I couldn’t possibly rank the lists; narrowing it this far was hard enough!

And here is the entire list of books I read this year, complete with ratings. Five-star books are in bold; there are more five-star books than made my lists above.

Decade Totals (as usual, skewed very much toward the last decade):

This might the first year I’ve ever had ZERO 1-star books in the year. I guess I’m getting better at choosing books I’ll actually like.

Creature Features & the Environment, a special issue of Science Fiction Film and Television (SFFTV), seeks essays that engage with creature features as a specific subset of environmental science fiction. Popularized in the mid-20th century as sf/horror, creature features are films with creatures of various sorts attacking, whether awakened from dormancy by radiation, discovered in distant locales, or accidentally created in labs. 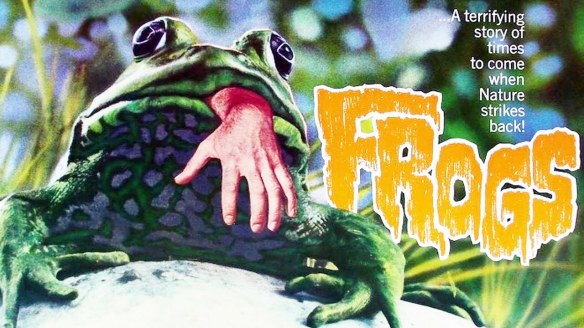 Additionally, the campiness of many creature features is useful to ecocritical readings and offers alternatives to solemn environmental discourse. Creature features, in fact, illustrate “bad environmentalism,” Nicole Seymour’s term for irreverent texts that provide an alternative to stereotypically sanctimonious environmental narratives. Drawing on Stacy Alaimo’s claim that “if we cannot laugh, we will not desire the revolution” (Exposed 3), Bridgitte Barclay argues in Gender and Environment in Science Fiction that creature features can be “pleasurably resistant texts” for delving into environmental issues with laughter and playful scares (“Female Beasties” 5). After all, while the science, horror, and environmental crises of some creature features may have real-world resonance, one of the stylistic components of the genre is also a great deal of fun – radioactive mollusks, jet-propelled turtles, colossal bunnies, and justice-seeking frog armies. Imagining how creature features can be framed as ecomedia therefore offers us new ways of reckoning with the Anthropocene – as well as the Capitalocene, Plantationocene, and/or Chthulucene. 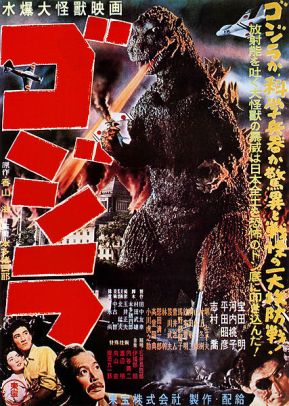 We seek proposals for articles examining the relationship between creature features and the environment. Proposals engaging with global texts (outside the U.S. and U.K.) and with film and television from outside blockbuster cinema are especially welcome.

Proposed articles may consider the following questions (among others):

Please send proposals of approximately 250 words and a brief bio to the special issue editors, Bridgitte Barclay (bbarclay@aurora.edu) and Christy Tidwell (christy.tidwell@gmail.com), by February 17, 2020. Notifications of accepted proposals will be sent in early March, and drafts of selected articles will be due by September 1, 2020.

Time for my annual post detailing the previous year’s reading! This year, I read 171 books (according to Goodreads, this was 39,874 pages). I didn’t keep track of the gender or nationality of the authors this year as I sometimes do, however. Below is a list of my favorites, followed by the complete list of what I read in 2018.

As it turns out, I read a lot of really good books this year. I am having trouble narrowing it down to a reasonable number. So, by category:

Nonfiction – Top 10 (with a bonus book that I co-edited):

And the whole list (with all five star books in bold):

For Halloween, I’ve written a Checklist for Edge Effects presenting creature features that illustrate key elements of ecohorror. Lots of fun and scary movies to watch!

Conference: ASLE (the Association for the Study of Literature and Environment) – Paradise on Fire
Dates of Conference: June 26-30, 2019
Location: University of California, Davis
Deadline for Submissions: December 15, 2018 at 11:59 pm (EST) via Submittable

In “How Death Became Natural” (1960), Loren Eiseley describes the human relationship to the geologic and evolutionary past, writing that “we are linked forever to lost beaches whose sands have long since hardened into stone” (164), and speculative narratives about returning prehistoric creatures emphasize this link, bringing the past into our present and possibly into our future. However, Eiseley also writes that there is “[o]ne thing alone life does not appear to do; it never brings back the past” (165). What then does our speculative, fictionalized insistence on bringing back the past say about our present concerns? 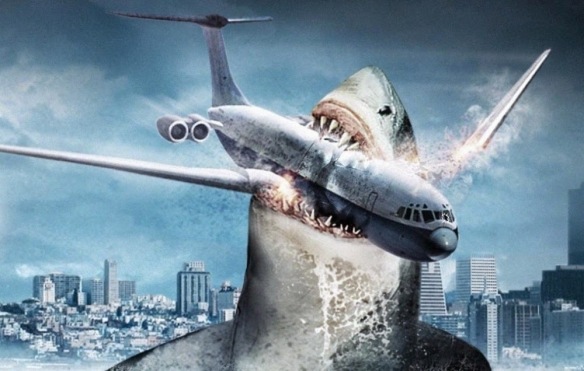 This roundtable seeks to explore the significance of such prehistoric returns during the Anthropocene. How are modern, Anthropocenic fears reflected in such prehistoric creatures? What does the return of the prehistoric indicate about our contemporary anxieties about extinction or about the role of the human in the global ecosystem? And, finally, how does this return – typically figured as a threat – potentially shape our steps into the future?

As Women’s History Month begins, I find myself wishing I’d planned a series of blog posts about amazing women in history (similar to my daily posts for horror movies in October); unfortunately, however, I only thought of this today and this month is looking to be a beast, so that won’t be happening. I’m going to try to post more than once this month, but I can make no promises!

I wanted to begin with Marie Curie. Really, this post is not about her specifically but is more about what she represents. My dissertation (No Longer Estranged: Women, Science, Science Fiction) explored the relationship between feminist science fiction and feminist science studies, and, as part of my research, I was interested in how people think of women in science and what female scientists people know about and think of immediately. The answer essentially boiled down to Marie Curie. A few people could list other female scientists (Jane Goodall sometimes comes up, for instance, or Rachel Carson), but for far too many people, their list of female scientists begins and ends with this one woman.

This has happened many times. Just recently, I was discussing gender in STEM with my Technical Communications students and they repeated this pattern yet again, failing at naming any other female scientist beyond Marie Curie.

Don’t get me wrong – Marie Curie is an amazing figure and I’m glad people know of her and that she gets the credit she does. I hope, however, that we can get past the one token woman in science model and learn to appreciate all the women in science (past and present).

In case I don’t get a chance to write about them later this month, here are a few personal favorites:

For further reading, I’d highly recommend Rachel Ignotofsky’s Women in Science: 50 Fearless Pioneers Who Changed the World for readers of all ages as an introduction to women doing science across history and across a range of fields. Reading this book, I learned about women I’d never heard of before, and it has lovely illustrations to boot. And Julie Des Jardins’ The Madame Curie Complex: The Hidden History of Women in Science provides a more analytical approach to the topic, providing more depth (but fewer illustrations) than Ignotofsky’s book.

Sponsored by: The Association for the Study of Literature and Environment (ASLE)

In recent years, there has been increasing attention within both ecocriticism and horror studies to the intersections between the two fields. The country/city split and the civilized person’s fear of the wilderness and rural spaces, key issues for ecocritics, also loom large over the horror genre. Furthermore, there are entire horror subgenres dedicated to the revenge of wild nature and its denizens upon humanity. As Stephen Rust and Carter Soles write in ISLE, ecohorror studies “assumes that environmental disruption is haunting humanity’s relationship to the non-human world” as well as that ecohorror in some form can be found in all texts grappling with ecocritical matters (509-10).

There have been some critical examinations of this intersection – e.g., Ecogothic, edited by Andrew Smith and William Hughes (2013); an ecohorror special cluster in ISLE, edited by Stephen A. Rust and Carter Soles (2014); Monstrous Nature: Environment and Horror on the Big Screen by Robin L. Murray and Joseph K. Heumann (2016); and Plant Horror: Approaches to the Monstrous Vegetal in Fiction and Film, edited by Dawn Keetley and Angela Tenga (2017) – but it is time for a fuller examination of ecohorror as a genre. To this end, we (Christy Tidwell and Carter Soles) are currently in the early stages of an edited collection on the subject, and we believe that a session at MLA devoted to the topic represents another significant step in bringing wider attention to this intersection of ecocriticism and genre studies.

We invite proposals for presentations considering the following: 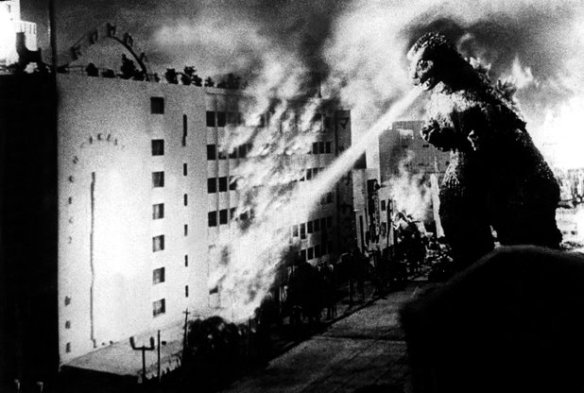 Because we would like to include a range of voices and perspectives, and we know that there are a number of scholars working within this field, this ASLE-sponsored session will be organized as a roundtable rather than a traditional panel session. This structure means that each presenter will have less individual time to speak (approximately 10 minutes) but also that the roundtable as a whole will be more inclusive and generative.

With the new year, it’s time for my recap of the previous year’s reading. Here are all the books I read in 2017 (listed in chronological order, with ratings). After the long list, I’ve included some statistics and a list of my 20 favorites of the year with commentary on each.

Favorites: I decided not to limit my list of favorites to five-star books; there are a couple here that I found flawed and so didn’t give five stars but that I still enjoyed quite a bit and that are sticking with me. I wound up with a nice, even 20 for my list of favorites and rather than ranking them or listing them somewhat randomly, I’ll separate them into categories.

And, of course, the countdown to Halloween has to end with Halloween (1978, dir. John Carpenter)! 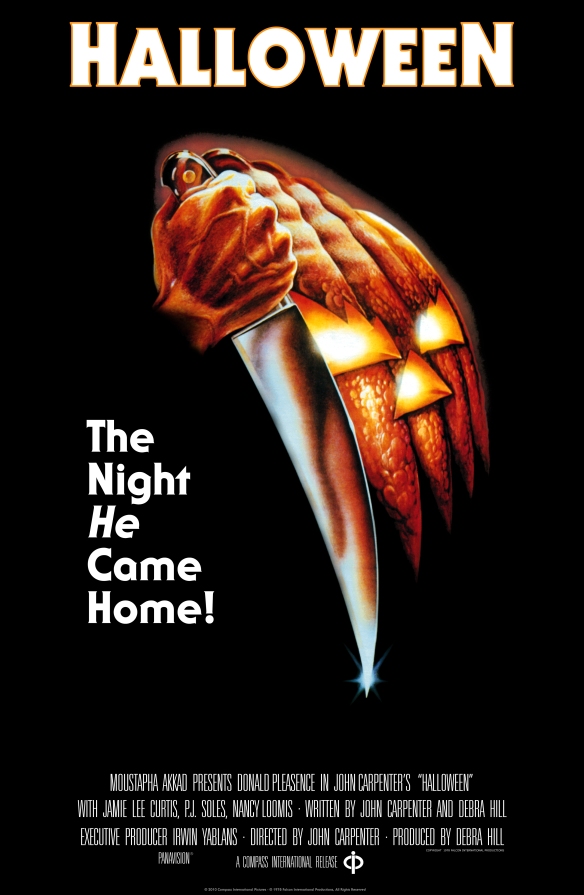 This is a classic for a reason. From the opening scene and its first person perspective, ending with the very creepy shot of little Michael Myers in his clown costume, the film is iconic. Jamie Lee Curtis’s Final Girl. The score, which plays so neatly against our desire for balance and rhythm. The effective uncovering of the horror of the suburbs, done here well before it was an old trope. When I first saw this as an adult, I thought it would be boring, but it sucked me in and I found myself in love with it. This is the second John Carpenter film on the list (and would’ve been the third, but I made the very difficult decision to remove They Live at the last second) – he’s called The Master of Horror for a very good reason.